WHAT DOES THE BIBLE PLAINLY SAY ABOUT DIVORCE? 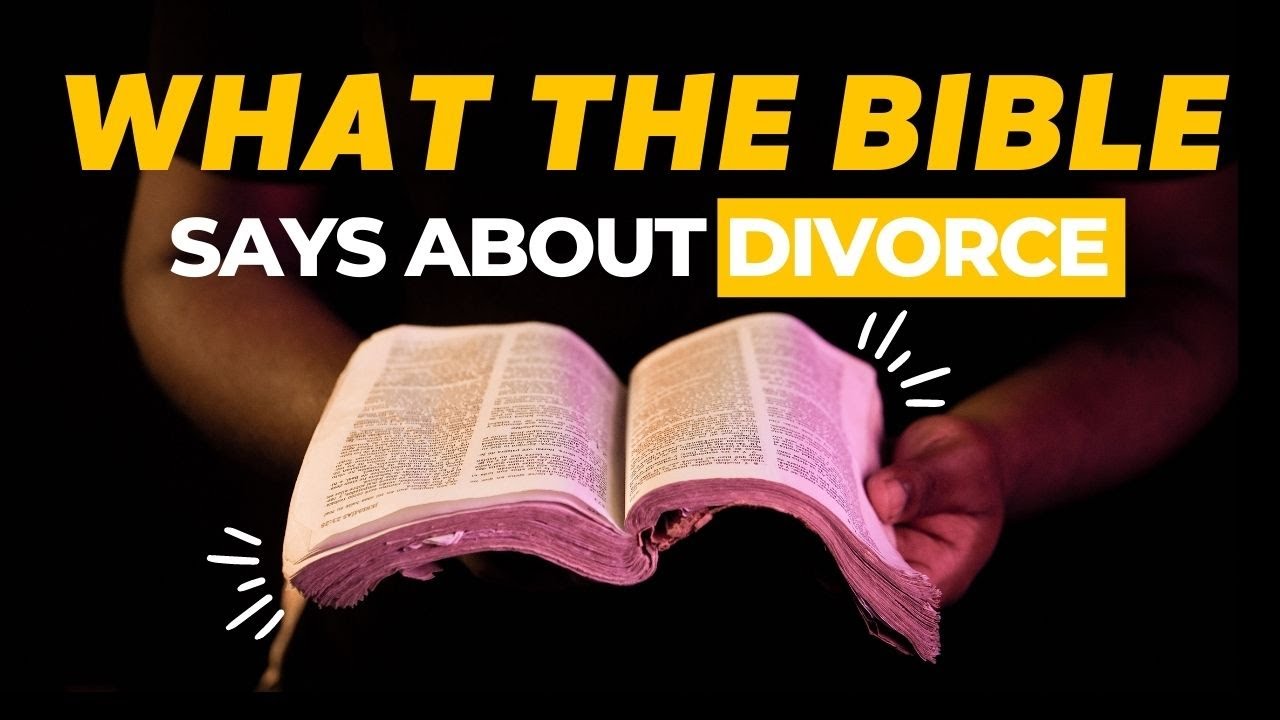 I’m going to step on a few toes here but I am compelled by God to write this study and show everyone what the Bible actually says about divorce. Are the churches right in allowing divorce and remarriage? Let’s see what God plainly says about it in His Word.

In 2022 why are 44% of marriages in America are ending in divorce?
Does God allow divorce for any reason?
When people are making their marriage vows are they really thinking there is an escape clause in them like this?

"I take thee to be my wedded husband/wife, to have and to hold from this day forward, for better, for worse, for richer, for poorer, unless you can no longer give me the lifestyle I enjoy, in sickness and in health, unless you get a  terminal illness and I don’t want to take care of you, to love and to cherish, unless you cheat on me, or I fall out of love with you, or we develop irreconcilable differences, or we are no longer compatible, or I want more freedom to do my thing, or you become an addict, or abusive, till death do us part, according to how I feel; and thereto I pledge thee my faith, unless I change my mind.”

No. I believe most people are sincere when they make their vow before God, but what happens later that causes them to foolishly break their vow?   How many of these reasons above are valid for divorce in God’s eyes? Let me be clear here. I’m NOT talking about physical separation from a spouse that perhaps has become abusive or become addicted to alcohol or drugs.  God does not expect a spouse to stay in a dangerous situation.  I’m specifically talking about a permanent divorce, with the possible intent to remarry someone else.  My opinion doesn’t matter. Let’s see what the Bible says about divorce and remarriage.

Right to the point! GOD HATES DIVORCE!  He witnessed our vows! He made us one with our spouses in both body and spirit.  He commands us to be faithful to our spouses.  He won’t even accept our worship of Him if we divorce. These are pretty strong words from God!  The NLT makes this vividly clear.
Malachi 2:14-16  You cry out, “Why doesn’t the Lord accept my worship?” I’ll tell you why! Because the Lord witnessed the vows you and your wife made when you were young. But you have been unfaithful to her, though she remained your faithful partner, the wife of your marriage vows.  Didn’t the Lord make you one with your wife? In body and spirit you are his. And what does he want? Godly children from your union. So guard your heart; remain loyal to the wife of your youth. “FOR I HATE DIVORCE!” says the Lord, the God of Israel. “To divorce your wife is to overwhelm her with cruelty,” says the Lord of Heaven’s Armies. “So guard your heart; do not be unfaithful to your wife.”

In God’s eyes marriage isn’t about a legal document alone. When two people have a sexual relationship they become joined together BY GOD as one flesh, and are married in God’s eyes, and CANNOT get divorced for all the usual reasons and excuses. God hates divorce, but allowed exceptions, even though it was not what He originally desired. (More on this later.)  Any time God repeats something more than once in the Bible it’s because it is very important for us to understand!

A legal divorce does not negate what God has joined together as one flesh. YOU ARE STILL MARRIED in God’s eyes and therefore commit adultery in you have sex with another person, even if you “legally” marry that other person.  God does NOT acknowledge that marriage.
Luke 16:18  “Everyone who divorces his wife and marries another commits adultery, and he who marries a woman divorced from her husband commits adultery.

What does God command us in the Bible concerning the marriage bond and divorce?
1 Corinthians 7:10-11  Now to the married I command, yet not I but the Lord: A wife is not to depart from her husband.  But even if she does depart, let her remain unmarried or be reconciled to her husband. And a husband is not to divorce his wife.
1 Corinthians 7:39 A wife is bound by law as long as her husband lives; but if her husband dies, she is at liberty to be married to whom she wishes, only in the Lord.
Romans 7:2-3 For a married woman is bound by law to her husband while he lives, but if her husband dies she is released from the law of marriage. Accordingly, she will be called an adulteress if she lives with another man while her husband is alive. But if her husband dies, she is free from that law, and if she marries another man she is not an adulteress.
Matthew 5:31-32 “Furthermore it has been said, ‘Whoever divorces his wife, let him give her a certificate of divorce.’ 32 But I say to you that whoever divorces his wife for any reason except sexual immorality causes her to commit adultery; and whoever marries a woman who is divorced commits adultery.

God commands us not to divorce our spouses with only one exception. Wives are not to depart from their husbands and husbands are not to divorce their wives,  but if we do separate, such as for reasons mentioned above, we are to remain unmarried. Remarriage to another person is NOT ALLOWED!  We are bound by God’s law to our spouses and must remain bound until death.  If we marry another, we are considered in God’s eyes to be committing adultery.  So, if God hates divorce as He said in Malachi 2:16 why does He allow one exception?  Sexual immorality, cheating on our spouses, either heterosexually or homosexually, (the Greek word for sexually immorality here covers either type), is the ONLY reason God allows a legal divorce.  Why?  Because as noted above, a couple is married in God’s eyes when they have a sexual relationship, becoming one flesh. If one of them has sex with another person THEY have broken the marriage bond by their infidelity. The marriage in God’s eyes is OVER.  It no longer exists; therefore, a divorce is allowed because it simply makes the already broken marriage bond legally over.

So, except for adultery, all the usual reasons people use for divorce are totally unacceptable to God and NOT grounds for divorce.  Is this fair?  People ask why God would expect them to stay in a marriage when a spouse can no longer give them the lifestyle they enjoy, or if their mate gets a  terminal illness and they don’t want to take care of them anymore, or if they fall out of love with their partner, or they develop any number of irreconcilable differences, or they are no longer sexually compatible, or they want more freedom to do their own thing?  Well, is it “fair” to your spouse for you to just call it quits and break their heart because you feel like it?  Is it “fair” for you to break a very serious vow you made to God?  God expects you to remain married because you made a VOW to Him to do so.  God takes Vows VERY SERIOUSLY.
Numbers 30:2; “If a man makes a vow to the Lord, he shall not break his word; he shall do according to all that proceeds out of his mouth.”
Deut. 23:23;  “That which has gone from your lips you shall keep and perform, for you voluntarily vowed to the Lord your God what you have promised with your mouth.”

You CHOSE to commit yourself to your marriage partner until death do you part, not until you changed your mind or “fell out of love”.  You've probably heard the saying that "love is a verb", and there's a lot of truth behind that. Love is an action, not a feeling. It's something that you DO. Therefore, love is action. All of these expressions of love are verbs and God says they ENDURE ALL THINGS!
1 Corinthians 13:4-8 “Love is patient, love is kind and is not jealous; love does not brag and is not arrogant, does not act unbecomingly; it does not seek its own, is not provoked, does not take into account a wrong suffered, does not rejoice in unrighteousness, but rejoices with the truth; bears all things, believes all things, hopes all things, endures all things. Love never fails;”

Love is what you commit to DO to and for your spouse until death parts you. There is no such thing as falling out of love. Marriage fails because you chose to stop doing love, to stop actively loving your spouse, and this is NOT a reason for divorce in God’s eyes.  Our choices, or decisions in life, have consequences that are not always perceived as fair. If you murder someone there are lifelong consequences in prison, even if you repent. If you have sex outside of marriage and become pregnant there is a lifelong consequence of a child, even if you repent. Every choice has a result, or consequence, including who we marry. If we choose wisely, we usually have a good result, a marriage we desire. If we choose wrongly, we will have the consequence of an unhappy marriage for life. There is no escape clause for a bad choice, with the exception of adultery by our spouse.

And what does God have to say about adultery?
Exodus 20:14 “You shall not commit adultery.
Hebrews 13:4  Let marriage be held in honor among all, and let the marriage bed be undefiled, for God will judge the sexually immoral and adulterous.
Leviticus 20:10 “If a man commits adultery with the wife of his neighbor, both the adulterer and the adulteress shall surely be put to death.
Proverbs 6:32 He who commits adultery lacks sense; he who does it destroys himself.

Now some will note that the divorce rate is falling in America over the past decade and is a good sign, but this isn’t true at all. The divorce rates in the United States declined from 2009 to 2019 and continues to fall today. Why? Is this a good sign?  NO! In 2019, there were 16.3 new marriages in the United States, down from 17.6 in 2009.  At the same time, the U.S. divorce rate fell from 9.7 new divorces in 2009 to 7.6 in 2019.  Did you notice that? The divorce rate is down because the marriage rate is down. There are less divorces because people are choosing to live together in sin rather than get married. This is not a good thing. It’s an increase in sexual SIN among unmarried people.  Divorce, and the adultery that follows most of the time with sex outside of marriage, or a inside an illegitimate second marriage, (in God’s eyes), is a BIG reason for God’s judgment on America!

The Bible makes it clear what is the right thing to do. Sadly, it’s too late for millions of Christians who justified their divorces for all the wrong reasons. Many believed the lie from their church that God never intended them to be in an unhappy marriage and divorce and remarriage was OK with Him.  They chose NOT to believe what is plainly written in the Bible they claim to follow. I’m not here to give advice to those who have divorced and remarried. I’m only here to show everyone what God plainly says about divorce in the Bible. Perhaps some of you who are considering it will think twice about the vow you made to God and your spouse and not break it for the wrong reason.

“FOR I HATE DIVORCE! says the Lord, the God of Israel.”  This is what the Bible says!

Learn more about what The Bible Says on other subjects at the Inspirational Christian Connection . 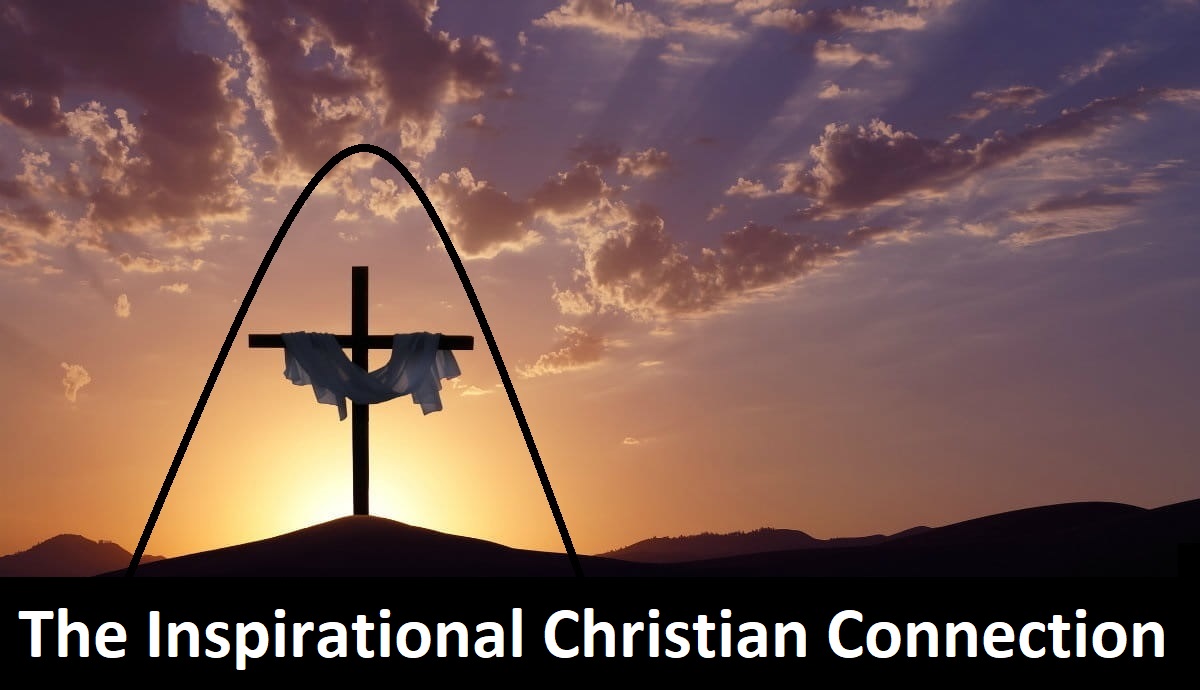